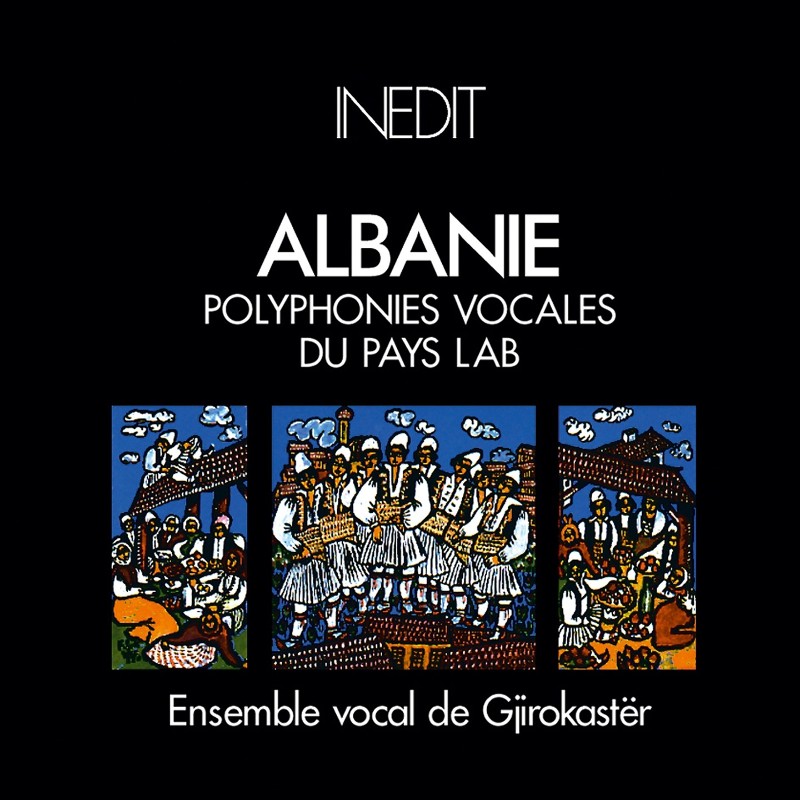 Vocal polyphony constitutes one of the expressions proper to the South of Albania; it is unknown in the North. These polyphonies are of two types, depending on whether they come from the Tosk country (Toskëri) or the Lab country (Labëri). In either case this is a multipart singing over a drone which serves as a tonal basis. Each Lab group comprises a soloist singer, the marrësi or taker, the kthyësi who answers him with a jerky sounds and the hedhësi or pitcher who enters the polyphony at specific moments. They are accompanied by a choral drone, iso.
This recording features four major regional styles: the Gjirokastër style, calm and serious; the Libovë style, famous for lyrical songs; the Vlora style, rhythmic, with is also the most fixed, does not allow for improvisation; this is also the most rhythmic style, with hard-sounding voice effects and heroic songs; finally the Himarë style marked by taut, high-pitched voices.