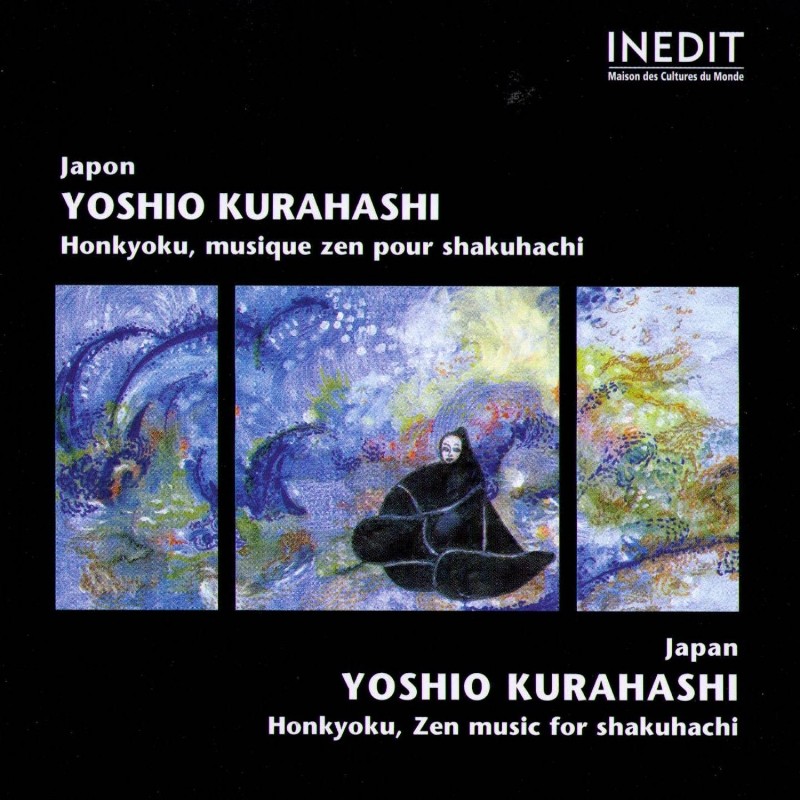 Yoshio Kurahashi was trained in the traditional school of the shakuhachi flute, Kinko-ryû, which has transmitted for more than two centuries the shakuhachi solo pieces of the Fuké sect, a branch of the Zen buddhism in Japan. This repertoire called honkyoku (original pieces), was performed by the begging monks komusô during their meditation. In these recordings, made in several temples throughout Japan, Yoshio Kurahashi revives intensely the spiritual link between this japanese bamboo flute and the buddhist Zen thought. An ancient music which sounds strangely modern.