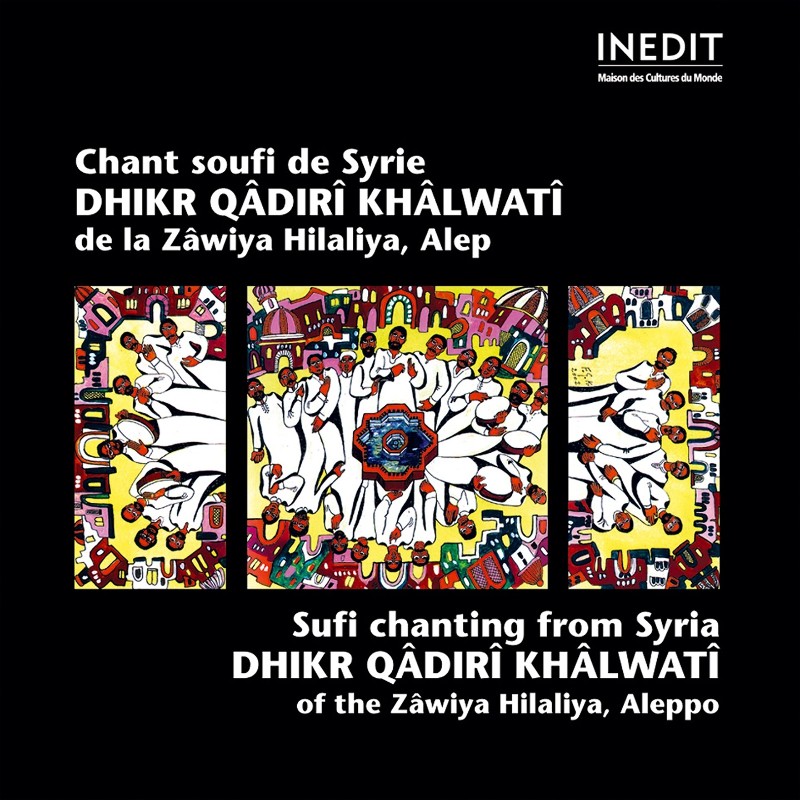 Sufism is the mystical side of Islam, the path which leads to the core of the faith and the annihilation of the faithful in God. The way to achieve it is the dhikr, a ceremony in which the faithfuls reach an ecstatic state by the invocation of God, the Prophet and the sufi saints. Founded in 1680 in Aleppo, the Zâwiya Hilaliya belongs to the Khâlwati branch of the Qâdiriyya order which appeared during the 11th century. Throughout the phases of the ceremony, the chanted words form an impressive sonorous base for the invocation and praise of the cantor Muhammad Hakim.