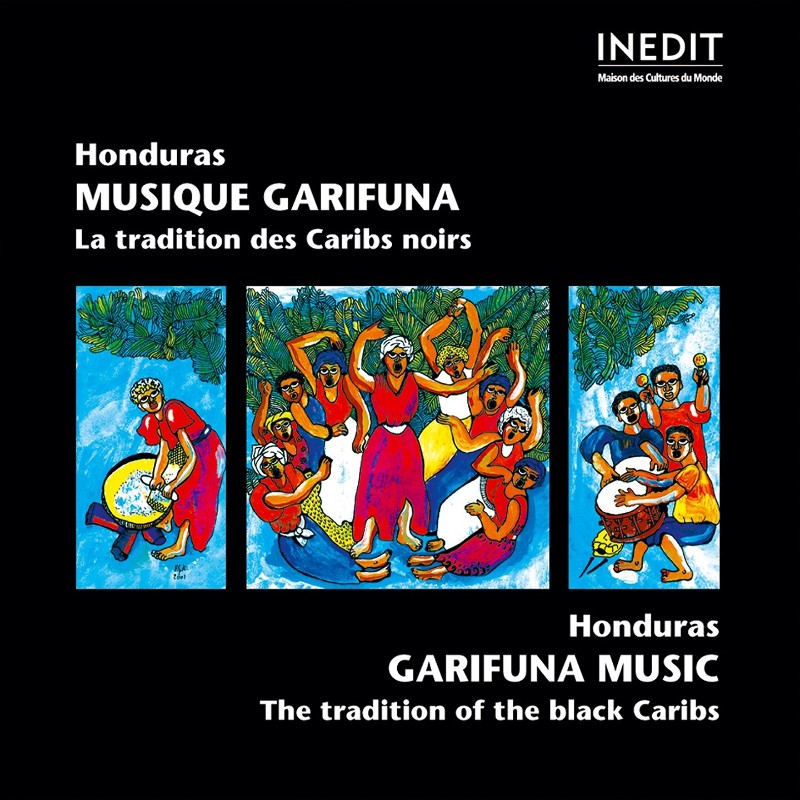 The tradition of the black Caribs

The Garifuna live in Honduras, Belize and Nicaragua. They are the descendants of Black slaves who were shipwrecked off the coast of St. Vincent island, Caribbean Sea, in 1635. They mixed with the red Caribs Indians and became their sole inheritors, by the language, the customs and the music. Thus they bear also the name of "black Caribs".
This CD recorded on the field in Honduras, presents for the first time black Carib secular and ritual music recorded in its traditional context as it is performed among few small communities on the Hondurian shore, a solo or choral vocal music, sometimes accompanied on the drums, which recalls its both Indian and African origins.