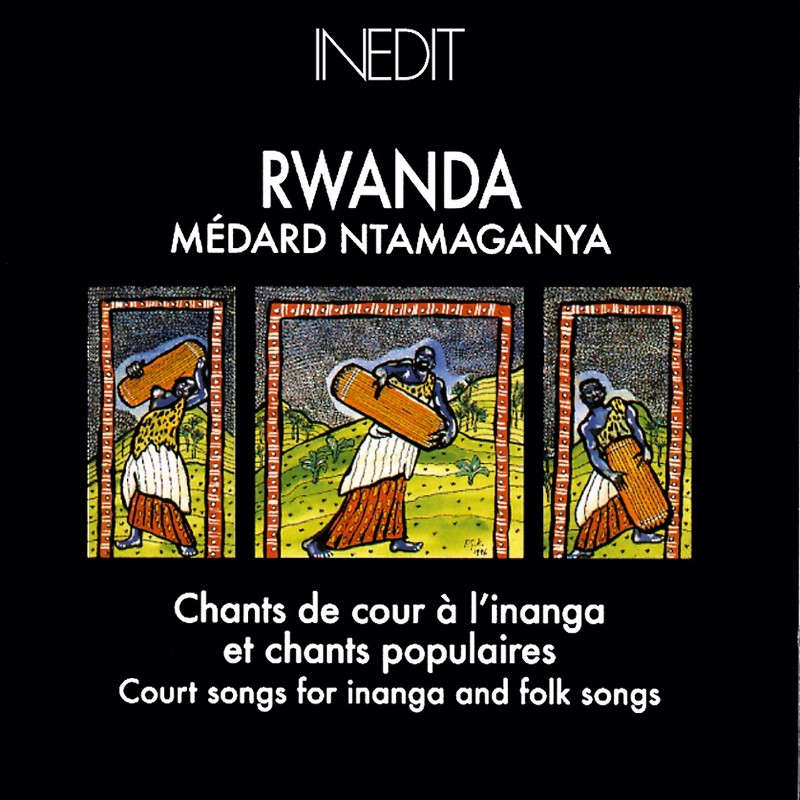 The large trough-zither inanga accompanies a collection of court songs which recount the events of the lives of the kings. The historical value of these songs, which have been carefully – almost like an initiation rite – transmitted from generation to generation, is immense. His greatgrandmother, Gicunatiro, served, sang and played the inanga at the court of the Mwami Rwabugiri IV. She transmitted this repertory to her son Mahwehwe, who in turn taught it to his son Rujindiri. The latter reared his nephew Médard and taught him to play the inanga, along with the repertoire of narrative songs which sounds like the blues.